Five Things to Watch Out for Using Pareto Charts 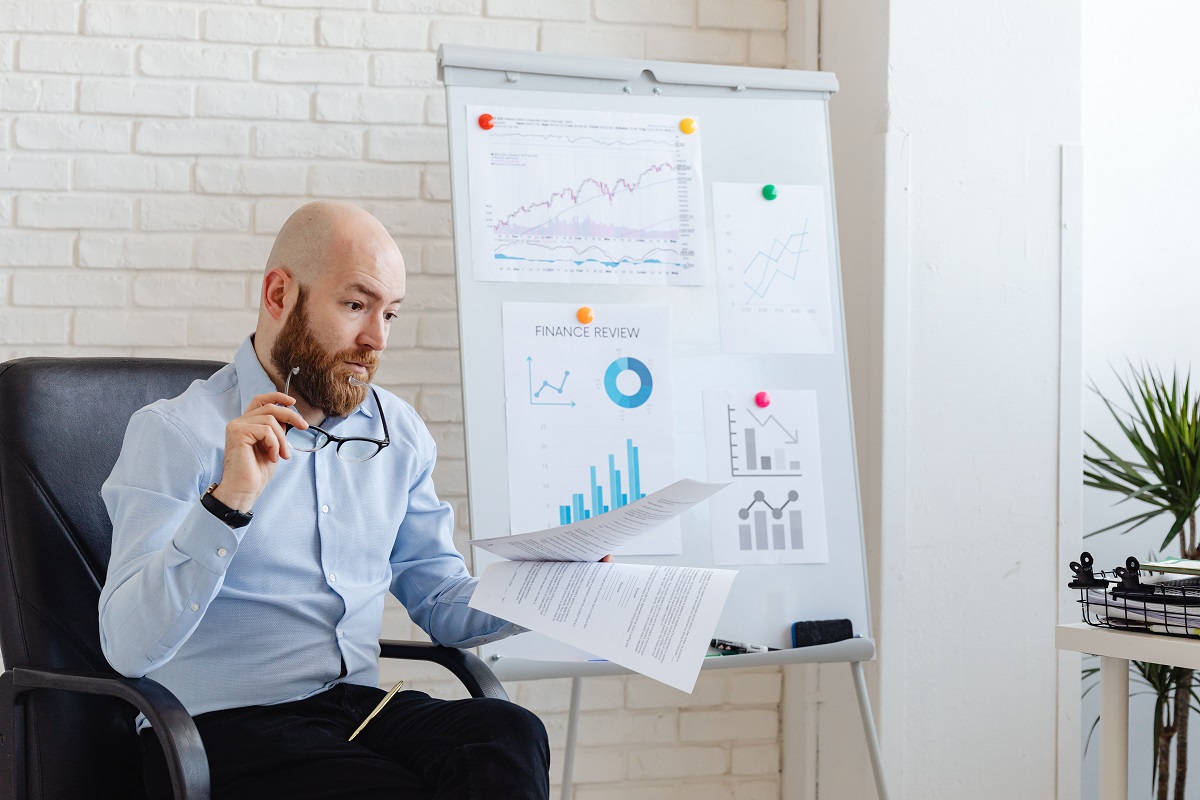 What is a Pareto chart?

A Pareto chart is a type of chart that contains both a bar chart and a line graph. The bar chart identifies the relative frequency of occurrence of the causes arranged in decreasing order of frequency and the line graph shows the cumulative frequency of each of the bars. The purpose of the Pareto chart is to identify the most important or the vital few causes from a list of all possible causes or the trivial many. This chart was named after Vilfredo Pareto who used this type of analysis to analyze the distribution of wealth in Italy and found that 80% of the wealth was controlled by 20% of the people. Later, this rule was found to also apply in other areas and is called the 80-20 rule. For example 80% of the revenue is contributed by 20% of the customers or 80% of the problems are caused by 20% of the causes. If the Pareto 80-20 rule applies, then it is beneficial for a company to focus on the vital few causes first to solve most of the problem.

Pareto chart is usually used when the output is continuous or discrete, but the input causes are discrete. Pareto chart can be used to identify the vital few from the trivial many. For example, if you analyze a problem and find that there may be 15 causes, it may not be important to work on all 15 causes. You can analyze the data to identify which are the most important causes that you need to focus on first. A Pareto chart helps you identify which of the causes are the most important (or the vital few).

Whenever you need to focus your data collection, causes, or solutions, you can use the Pareto chart. Pareto chart is usually used in Analyze phase of a Six Sigma project. Pareto chart it also commonly included as one of the seven basic tools of quality.

We were interested in address an issue of defective parts that were being created by a particular piece of equipment. These defective parts were causing rework at the end of the line and needed to be addressed. A discussion with the people working in the area yielded a number of causes for the defective including operator skill, machine breakdown, thermal temperature variations in the shop floor, tool wear, and incoming part quality. In order to address this problem, it was decided to use a Pareto chart. However, no data was available for this chart. Data was collected for a period of 1 week and the causes of defects were monitored using a check sheet. The table below shows the data that was collected.


Using this data, a Pareto chart was created using Sigma Magic software and is shown below. 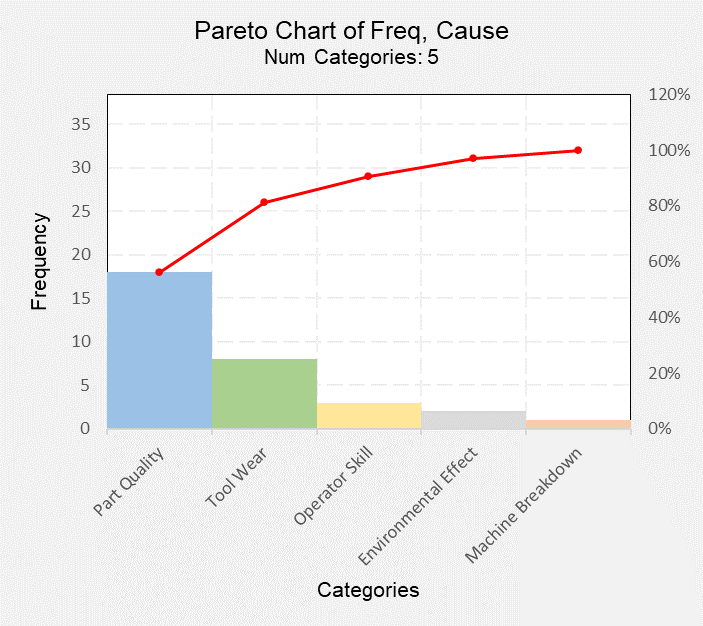 For this example, 80% of the problem is caused by 2 causes: Supplier Issues and Tool Wear. If we had limited resources, we would focus on addressing these two issues first and this would solve a majority of the problems we are facing. If it takes too much time for fixing supplier quality issues, we could focus our efforts on incoming quality inspection to sort the good and bad incoming part quality and we could review and improve the tool change procedures to ensure tool wear is not causing the part quality problems. These two short term actions can provide a band-aid until we delve into the root causes of poor supplier quality and tool wear to determine permanent fixes for this problem.

Situation 2: A second type of problem where Pareto chart is not that useful is when the problem is non-stationary. When you collect the data for one month, the Pareto chart indicates a different set of causes that are important but when a different month of data is collected then it indicates a totally different set of causes. In such cases, Pareto chart is not that useful as it does not have much predictive ability, by working on the causes identified by the Pareto chart you might end up working on causes that would have solved most of the problem in the past but new problems may arise in the future and hence this analysis is of not much value.

This type of problem may also occur if the data is invalid. It is possible that the data for the Pareto chart was collected over a long time ago and the process or the people involved have changed so the older data may no longer be valid. Especially, if you are creating a Pareto chart based on very old data, then the analysis may not be of much use as it does not have much predictive value. Make sure that the data you use for creating the Pareto chart is current and represents the problem that you are currently having.

In summary, a Pareto chart is a powerful tool that enables team members to focus on the most import causes to address a problem they are tasked to solve. This approach provides a faster return on investment by addressing the most important problem first. However, as the article points out, we need to be aware of a few pitfalls. Here are our recommendations when you plan to use Pareto charts.
Follow us on LinkedIn to get the latest posts & updates.